Danger of a single story

The Danger of a single story: 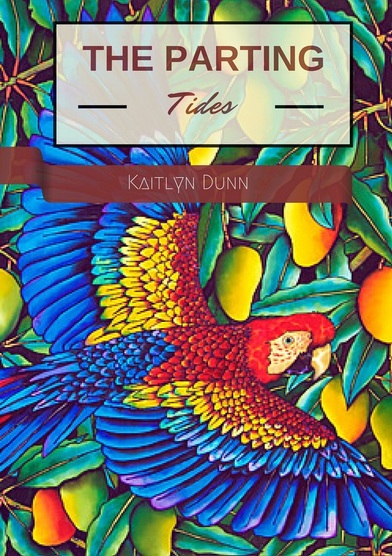 Reflection:
Procuring this project we read a book titled -Things Fall Apart. After many chapter analyses, connection questions, and group discussions we ended up finishing the book fairly quickly. We were then introduced to the short story project. Before actually writing down our ideas, we read a few examples and historical fiction how to’s. Once it was time to start writing we were told to just get everything down on paper and not worry about the ‘shitty first draft.’ After rounds and rounds of revision from peers and Ally we had our final product. Somewhere in between all that we were asked to create a book cover that represented our story to go along with it. I think this allowed people, like myself, that comprehend ideas better when represented in a visual element to thrive. I think I could have spent a little more time adding hidden and deeper meanings to the cover but overall I like the simplicity I tried to pull off.

Looking back on this project, I actually learned a lot about one sided elements and biases. l never realized how sheltered my opinions were and everything I thought I had control over was actually heavily influenced by many elements. For example Africa is always portrayed with a tree and a yellow sun and for every book cover we looked at, that was the case. I didn’t even realize it but our brains are trained to associate the tree and big yellow sun with Africa. This specific example shows how a single story can be dangerous. I and many others didn’t even realize our biases and single stories about Africa until this project, which is why it can be so dangerous because you don’t even realize your bias towards that particular thing. I believe some of the lasting legacies of imperialism in Africa include King Leopold's reign in the Congo, slavery and the division of Africa for Europe’s benefit. King Leopold became very well known as a part of African history especially with the story of him cutting off workers hands to keep them in line. Also slavery will always be a well know aspect of Africa even though it took place before imperialism it still carried throughout that time period. The division of Africa was one of my biggest takeaways, just thinking about a bunch of white people pulling their authority out of nowhere and fighting over how to divide up Africa among themselves. I thought that was interesting.

The piece that I am most proud of is my manipulation of the basic idea of a plot arc. Instead of having the introduction then the rising action leading up to the climax, I decided to have the main climax at the very beginning of the story. This was a more complicated but more efficient way to draw the reader in. I also added in two different tenses, present and past tense. Throughout the story the main character would have flashbacks that reveal the ‘rising action’ and introduction instead of just telling it in the beginning. I think my unique way of telling this story lead to the success of it and for that I am very proud. The thing that was the most challenging was definitely the historical integration. Usually when we have projects like this it is either a historical paper or narrative and I have never had to integrate the two. At times I feel like it felt really forced when I tried to add historical elements to the story. For example on page 3, paragraph 6, “They were all sent by a man named King Leopold II and came for nothing but to destroy us.” This sentence and really that whole paragraph was very forced and if I were to change something it would be that paragraph.

The art portion of this project was the element I was definitely the most proud of. While I was designing my cover the first draft I created didn’t go over well with my peers because it’s relevance was hard to see at first glance. I wish it would have been more clear the first time around but then I decided to completely redo the idea and design of the cover. In the end I tried to keep it very simple looking to convey the message of the main characters new found simplicity in her life. But at the same time fi you look closely at the cover the main image is very complex which shows her past. From the surface everything looks relatively simplistic but when examined deeper it becomes apparent that everything is quite complicated. The image I used was colorful and vibrant to offset a stereotypical view of Africa being this deserted place. I am most proud of the hidden meaning and layers to the cover that someone who didn't read the story wouldn’t be able to see. The most challenging piece was having to completely redo everything I had worked on after the revision portion of the project. I don’t think I would have changed anything about the cover and in the end I was very proud of it’s symbolism.
​
The most important personal lesson I learned throughout this project was the importance of research. In the end my story had very little historical relevance and that is something that is due to the lack of effort to find way to add history to it. The history I did add to it was very roughly incorporated, mostly because that is the only piece I found therefore I had to stuff it in the story somewhere even if it had no relevance. This allowed me to grow and realize that research is a very important element and I will definately try not to lack in that department next time.